Three Days Between Despair and Hope

Have you ever wondered, “Why do we call it Good Friday?”

It seems ironic that we would celebrate as Good a day that was full of distress, agony and deliberate injustice; a day that resulted in the painful execution and death of a man who had done so much good and in whom so many had pinned all their hopes on!

That irony is well captured by Luke in the harrowing account of Jesus’ crucifixion:

A large number of people followed him, including women who mourned and wailed for him.

Jesus turned and said to them, “Daughters of Jerusalem, do not weep for me; weep for yourselves and for your children. For the time will come when you will say, ‘Blessed are the childless women, the wombs that never bore and the breasts that never nursed!’ Then they will say to the mountains, “Fall on us!” and to the hills, “Cover us!” For if people do these things when the tree is green, what will happen when it is dry?”

Two other men, both criminals, were also led out with him to be executed. When they came to the place called the Skull, they crucified him there, along with the criminals—one on his right, the other on his left.

The women’s wailing for Jesus without relief, the hopelessness Jesus speaks about at the heart of human deeds, and his criminal-like execution, all paint a despairing picture.

What could be good about that?

A prayer with hope

It is Jesus’ prayer from the cross for the guilty that points us to the good God was doing for us all.

Jesus said, “Father, forgive them, for they do not know what they are doing.”

And they divided up his clothes by casting lots. The people stood watching, and the rulers even sneered at him. They said, “He saved others; let him save himself if he is God’s Messiah, the Chosen One.”

The soldiers also came up and mocked him. They offered him wine vinegar and said, “If you are the king of the Jews, save yourself.”

There was a written notice above him, which read: THIS IS THE KING OF THE JEWS.

One of the criminals who hung there hurled insults at him: “Aren’t you the Messiah? Save yourself and us!”

Who really needs saving, from what and by whom?

Jesus’ prayer for the guilty, Luke’s narration of events reminiscent of Psalms 22 and 69 and the people’s sneering—commanding him to save himself, even by one of the other criminals—is all filled with irony.

A reason to be glad

Ironically it was not the religious, the watching crowd, nor one of the crucified criminals who recognised their need for forgiveness and salvation.

Such recognition finally comes from the other criminal hung with Jesus:

“But the other criminal rebuked him. “Don’t you fear God,” he said, “since you are under the same sentence? We are punished justly, for we are getting what our deeds deserve. But this man has done nothing wrong.”

Then he said, “Jesus, remember me when you come into your kingdom.”

Jesus answered him, “Truly I tell you, today you will be with me in paradise.”

What’s so good about Good Friday?

To the one who admits their guilt before God and asks for forgiveness, Jesus promises eternal paradise beyond the grave.

How good is that? 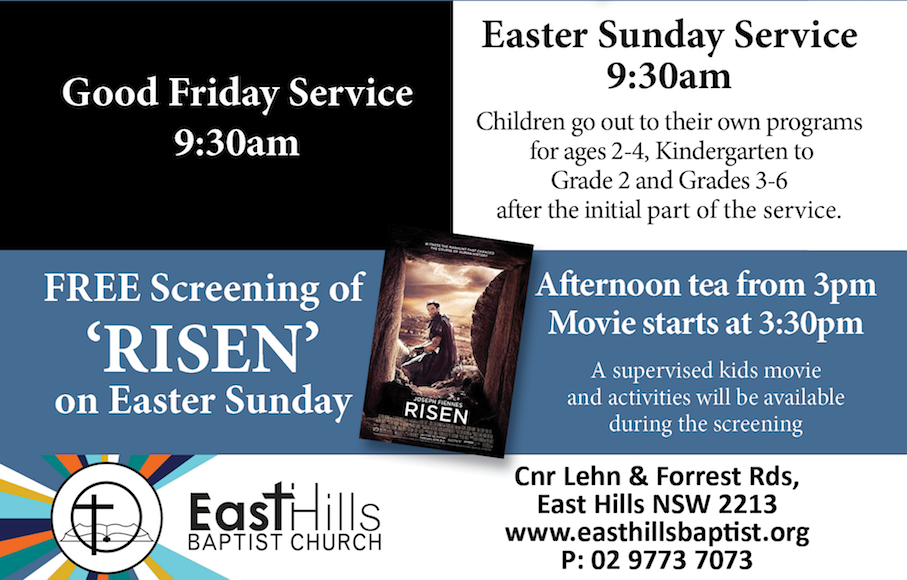 Lachlan and his wife Trish and their kids are glad for both Good Friday and Easter Sunday.